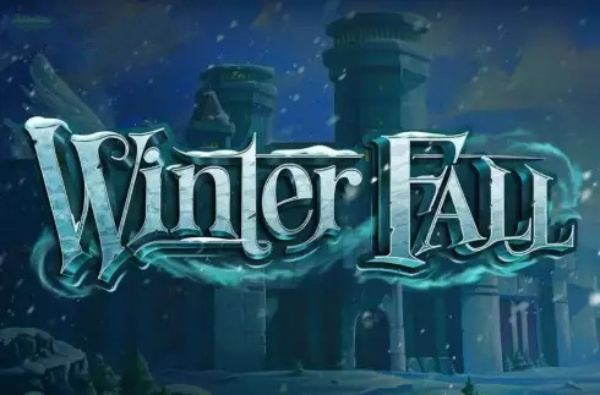 Winter Fall is the name of one of the new slot machines being developed by Blueprint Gaming. The game’s design, which is clearly winter-themed, with castles in the background and plenty of snow nearby, should be good, but the focus will be on the mechanics, particularly the reel expansion system.

Winter Fall features six reels and 4096 ways to win at first, with the option to increase the game area to 262,144 ways to win. There are various ways to increase your winnings from this slot machine, including cascading reels, scatters, Winter Falls, and wilds that bring multipliers. And the payouts can be enormous, with top payouts of 50,000 times the risk. At 96.05 percent, the RTP is satisfactory.

To begin, there is a $0.20 minimum wager that you may place inside, followed by a $10 maximum bet that is more suited to gamers with higher budgets.

With everything accessible, it’s no surprise that Winter Fall has the potential to pay out a massive top jackpot. A single spin might pay out 50,000x the stake, albeit this does not include the free spins or the enhanced number of ways. Up to $500,000 might be won if you choose the biggest stake.

Because the average player needs to have lower odds in order for a few to win more, a slot game with high volatility is the only way to obtain that kind of return.

Winter Fall has an RTP of 96.05 percent, which is about average for a slot machine.

Features of the Winter Fall Slot

One thing to keep in mind is that the cascading reels mechanic will help you after you’ve formed your winning combinations. It activates and eliminates the symbols from your victory, following which new symbols are placed in the open spaces.

The game boosts the reels with each successive cascade, adding 1 more symbol to each column and increasing the number of possibilities to win at the same time. If you can get the game area from 6×4 to 6×8 reels, you can eventually activate up to 262,144 ways.

Wilds are also present in Winter Fall, and they can be used as both substitutions and means to increase the multiplier by one. As a result, all subsequent victories will be better. The wild will reset at the end of the spin, but you will be able to use it for all subsequent cascading reels.

Colossal symbols could appear on the reels in groups of up to nine (3×3), each of which would turn into a single type of regular symbol.

There is also a prominent feature known as Winter Falls. It’s activated by 3+ scatters, and you’ll get 6 to 12 rounds. It’s a free spins bonus game with cascading reels that improve the gaming area and keep it that way until the conclusion. After a few of those victories, you’ll have 6×8 reels and 262,144 ways active, which you’ll use for the rest of the spins. This feature has the most potential in the game.

The continual increase in the multiplier is another feature that adds to the appeal of the free spins. It still increases by 1x with each new wild you acquire, but it does not reset from round to round; it only increases.

Winter Fall takes place near a castle and is set in the winter. The 6 reels are supported by huge, majestic stone walls that are covered in snow. I liked the visuals, especially when I saw the premium emblems and the barren landscape in the background. The Royals have a theme, are metallic, and have ornate ornamentation.

The J through A Royals are the four lowest paying symbols. The medium symbols are followed by the heraldry shields, which depict representations of four different wild beasts (boar, deer, etc). Two males and two females, dressed as warriors or squires, are depicted in the four top symbols. The scatter is a Crown, while the wild is a W Coin.

On the surface, Winter Fall appears to be a fantastic slot, but be sure it has a good RTP setting (the one at 96.05 percent is best). Aside from that, it has good graphics, engaging features, and excellent top payouts, so experienced gamers should give it a try.