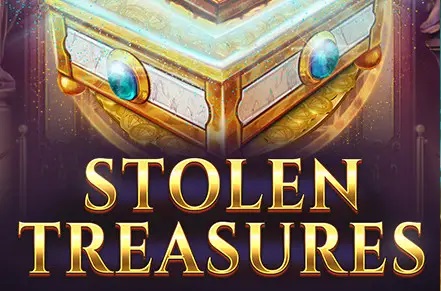 Stolen Treasures is a slot game by the Red Tiger software providers. The providers build the game focusing on the material part instead of the reactions it would likely cause. Most people believe treasures are stolen from different countries and find their way into different museums worldwide. One of the popular cases is of the Elgin Marbles found in the British Museum, which has controversies around it, with some saying it was stolen while others believe it was a gift.

The Red Tiger software providers use this concept to create the Stolen Treasures slot game. But what makes this game different and unique? Below is an in-depth explanation of the slot features which will help you understand the reasons behind the name and much more.

This is a game that takes place in a room with lots of ancient treasures. The room, believed to be a museum or a rich person’s house accessible to the public, has various artifacts from different parts of the world. The game has a combination of artifacts from all over the world, making its theme.

When the highbrow items pop up, classical music will accompany them while at some juncture, Beethoven’s Ninth symphony serenades in the background. The game has attractive graphics and a theme that creates a red-tiger-ish feeling when playing. However, if you close your eyes, it will make you feel like you’re sitting at the Wiener Musikverein and ready to enjoy the setting.

The Stolen Treasures slot is a medium-high volatile game with an RTP of 95.72%. The minimum bet a player can make is 10p/c to 8 euros per spin. However, it has high winning potential, a reason why anyone should try their luck on this game.

Unlike other slot games, this is a hold-and-win game that allows players to win after activating and matching symbols on the reels starting from the right side. Apart from that, players must land on any 25 paylines crossing the 5-reel and 4-row game board. The low-paying symbols to watch out for include diamonds, spades, hearts, and clubs. The high-paying symbols are the high-value items.

If a player lands a five-of-a-kind win, they will earn between 0.8X-1.6X the bet for the card suits. However, for premiums, this will be 2X-12X the bet. The crown wilds will enable the player to substitute any paying symbols.

The feature to watch out for when planning to play the Stolen Treasures slot include the following;

The stolen treasure slot is one of the games that’s different from the rest because of its unique features that are simple and easy to understand. The most tricky bit in this game is the treasure box symbol. For example, landing two treasure boxes on the reels results in an instant win where the reward is given to a player. However, three or more boxes on a spin will trigger the hold and respin buttons.

Getting a bonus round dictates that a player receives 3,4 or 5 respins after the 3rd, 4th or 5th boxes trigger the feature. But after the boxes are triggered, and the player knows its prize value, they get locked in those positions.

Note that if a player lands respins, either blank spaces or treasure boxes will appear. If the boxes land on the blank space, they will show the value of the prize, then lock it up, reset and respin to the count. However, if the box lands where there’s a box, it will double the revealed prize and will not reset the spin count as the other one.

But if there is no available space, the respins will play out while the boxes will double the price. If you’re unlucky and the respin lands on zero, you will only take the revealed prize home. Your accumulated prize will double up if the screen has no left space.

Stolen Treasures is a slot that unearths the mysteries around the treasures in museums or posh private homes. The fun bit of the game is finding the treasures. However, the limited features at the base game make it tiresome as players try to find the treasure in a museum undergoing decorations. The technical bit also makes it a boring game, as players don’t have enough bonus rounds to try their winning luck. Note that the hitboxes collect the prizes and show their total value at the end.

Additionally, the game has no special symbols, which increases the zeal of the game. This is advantageous for some players, especially beginners, as it’s straightforward, giving them value for their bet. But there is a section you need to be careful about. This is because if a box lands on a box, it will double the prize value. Also, if the boxes fill all the positions, players can double their winning total.

What’s good about this game is the treasures a player gets at the end of it. A lucky player can land a double or a bonus round. Winning 10,428 times your bet is also a morale booster which will see many players jam the studios.

So, if you want to double your wins, play the Stolen Treasures slot on your phone or tablet. This game has enticing visuals, sound, and a theme that will keep you glued to the screen. The straightforward winning strategy is also a plus, as you’ll only hold and win your target. But the developers need to add more features to make this game more appealing.