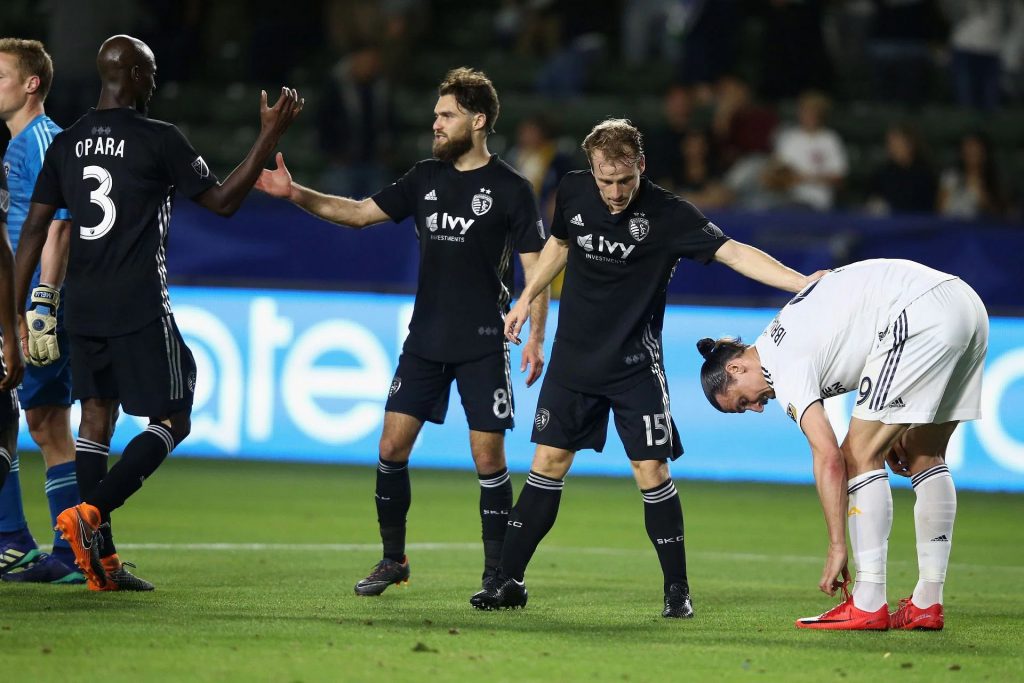 Both teams are outside of the play-off spots going into the weekend match, with the hosts at the bottom.

In fact, Kansas has had a terrible season this time around after making it all the way to the Conference Semifinals in the Playoffs last year after finishing third in the Regular Season.

Peter Vermes, the club’s head coach since 2009 and MLS Cup champion in 2013, is under more pressure now than at any other time in his protracted tenure.

The 55-year-old, who amassed 11 goals in 66 appearances for the USA during his playing career, hasn’t been able to stop his team’s recent slump due to poor discipline, which has cost them dearly after they’ve been given two red cards in their previous three games.

They have lost three games in a row without scoring a goal, keeping them in last place in the Western Conference. Only a victory on Saturday could tie them for 13th place with San Jose Earthquakes in terms of points.

Even though Greg Vanney’s team is only two points behind Nashville SC in seventh place with a game remaining, four losses in their previous five games do not represent a team that is capable of putting together the kind of run that may be necessary to end their winless streak and advance to the MLS stage that truly matters.

Given that they attracted players like David Beckham, Zlatan Ibrahimovic, and Steven Gerrard during the team’s heyday, it would be reasonable to claim that the club’s owners are not pouring the cash they once did. Better results and a play-off berth should still be the minimum goal for Galaxy this season because Javier Hernandez remains a prominent player and Douglas Costa has joined on loan from Juventus.

We can envision a division of the spoils between two teams who have recently struggled with their form.

The visitors clearly have more individual quality, but Kansas should be able to avoid defat because of home advantage and a desire to halt their losing streak.