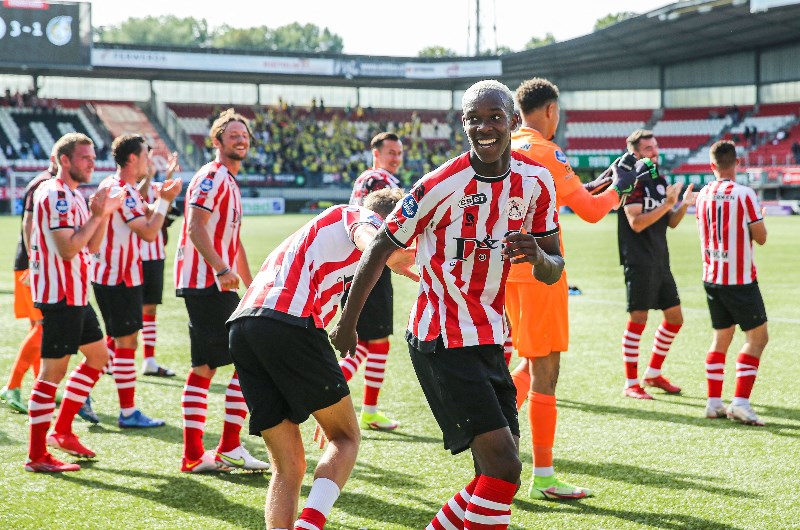 This Sunday in Eredivisie action, NEC will travel to the Sparta Stadion to take on Sparta Rotterdam. The away team has a run of seven straight draws.

After winning last time out against Emmen, the home team is aiming to make it two wins in a row.

In their most recent match, Sparta Rotterdam demonstrated great play, winning 3-1 with to goals from Bart Vriends and Mario Engels in overtime.

Vito van Crooij joined in the fun as well, scoring the game’s opening goal and adding an assist to continue his stellar season so far, which has seen him score five goals.

As a result, they moved up to sixth place in the Eredivisie standings, inside the playoff spots for the Europa Conference League, and six points behind Feyenoord, their city rival.

Currently on a run of three straight home victories, Maurice Steijn’s team has only truly struggled at the Sparta Stadion this season against the top teams in the division. Their performance elsewhere has been encouraging; they defeated FC Volendam at the beginning of September and Groningen later in the month.

A win on Sunday would elevate the host team to fifth and create much-needed separation between them and the other teams battling for spots in Europe.

NEC’s season has had a weird start to say the least; they are now on a streak of seven straight draws that has them ranked 10th in the Eredivisie standings.

The fact that this record is made up of five 1-1 draws and two stalemates suggests that Nijmegen’s difficulty this season has been scoring goals rather than their defensive prowess, as the team boasts the league’s joint-best defensive record. Given that Rogier Meijer’s club has scored just nine goals in their first nine games, only four Eredivisie teams have a lower goal return than them at this point.

The fact that four of these goals occurred in a single game, a 4-1 victory over FC Volendam in August, is also noteworthy. This shows that goals have been a significant problem in nearly every game this season.

The last time around, Nijmegen appeared to be finally going to break their string of draws after leading 1-0 against SBV Excelsior until quite late in the game. However, Lazaros Lamprou scored an equalizer in the 88th minute to guarantee that the points were once again split.

We anticipate NEC’s current impressive streak of draws to continue for at least one more match. Nijmegen has been able to keep things tight at the back and frustrate opposition, which they are likely to do again on Sunday despite Sparta Rotterdam’s recent strong home form.