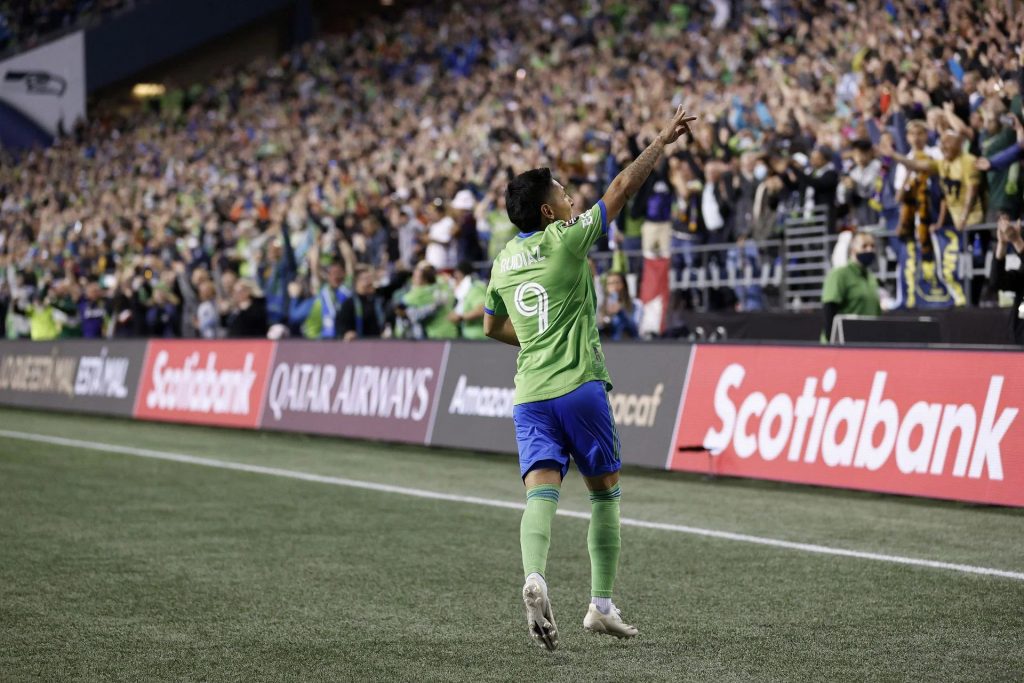 On Sunday, Seattle Sounders and Real Salt Lake square off at Lumen Field as they are separated by two points and three positions in the Western Conference rankings.

The visiting team has won three straight games against the Sounders in all competitions going into the weekend, and they hope to keep it up.

Seattle Sounders lost to Atlanta United last Saturday at the Mercedes-Benz Stadium, demonstrating their continued inability to win away from home in Major League Soccer.

Ronaldo Cisneros’s first-half goal was cancelled out by Cristian Roldan’s goal eight minutes after the hour mark, but Andrew Gutman, a former Celtic player, saved the day for the home team by scoring the game-winning goal in the 94th minute.

Since a victory at Toronto FC on July 3, Brian Schmetzer’s team has now dropped each of their last four away matches, scoring two and giving up six goals.

The Seattle Sounders will now play on their home field, where they have won two straight matches and have gone unbeaten in seven of their previous nine games, defeating Colorado Rapids and Dallas, respectively.

The Sounders are now ranked eighth in the Western Conference standings with 32 points from 24 games, one point behind Portland Timbers in the last playoff slot and two behind Sunday’s opponents in fifth place.

Sergio Cordova scored three minutes later to tie the game after Cristian Arango’s opening goal in the ninth minute had put the Black and Gold behind. However, goals from Kellyn Acosta, Gareth Bale, and a second goal from Arango helped the Black and Gold easily secure the three points.

Pablo Mastroeni’s team has only managed one victory in their last eight games since June and has already lost all three of its league contests, earning just one point out of a potential nine.

Additionally, after beating CF Montreal at the Saputo Stadium in May, The Claret and Cobalt have lost three and drawn one of their previous four away games.

Real Salt Lake will, however, be confident that they can break this losing streak because they will be playing the Seattle Sounders, who they have defeated three times in a row.

We anticipate a great game at Lumen Field because there are only two points separating the two teams in the standings. We are betting on the Seattle Sounders to defeat the visitors, who have only earned one point from their last four away games, as they enter the weekend on a streak of two straight home victories.