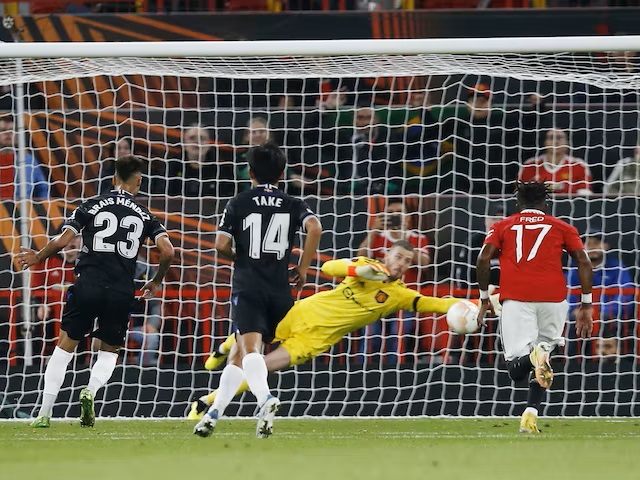 On Thursday, Sociedad will  be aiming to achieve their second successful Europa League in Group E, when they host Omonia to Estadio Anoete.

The guests, meanwhile, are aiming to prevent their third consecutive fail across all matches.

Real Sociedad exacted revenge last week by narrowly defeating Manchester United 1-0 at Old Trafford in their opening group match, little over two and a half years after losing 4-0 over two legs to them in the Europa League final rounds.

Following a goal by former Manchester City player David Silva, Lisandro Martinez was called for a handball inside the penalty area. Brais Mendez converted from 12 yards just before the hour mark to secure the victory.

However, Imanol Alguacil’s team was unable to capitalise on their midweek triumph as they lost 2-1 at Getafe in La Liga last Sunday. Mendez scored once more—his third goal in four games in all competitions—but the Erreala ultimately suffered their second defeat in the top division of the year.

Most clubs would relish the chance to play on their home field, but Real Sociedad has struggled recently at the Estadio Anoeta, losing two of their past 10 home Europa League games.

Sociedad has never played competitively against Cypriot competition, but they are optimistic that they can defeat Omonia on Thursday and keep their perfect record in Group E..

In contrast to Real Sociedad, Omonia was unable to get off to a winning start in the Europa League after losing to Sheriff Tiraspol 3-0 at home last week.

The Cypriot team, known as “The Queen,” has lost three of its last three away games in European competition and has now lost all seven of its away games overall.

Omonia will now focus on their match against Spanish opposition on Thursday after losing both home and away to Granada in the Europa League group stage two years ago.

Real Sociedad still has a lot of quality in the final third even with Sadiq out, so they shouldn’t have any trouble penetrating Omonia’s defense.

The guests will be eager to outdo their performance from the previous week, but on Thursday, we predict the hosts will triumph easily.