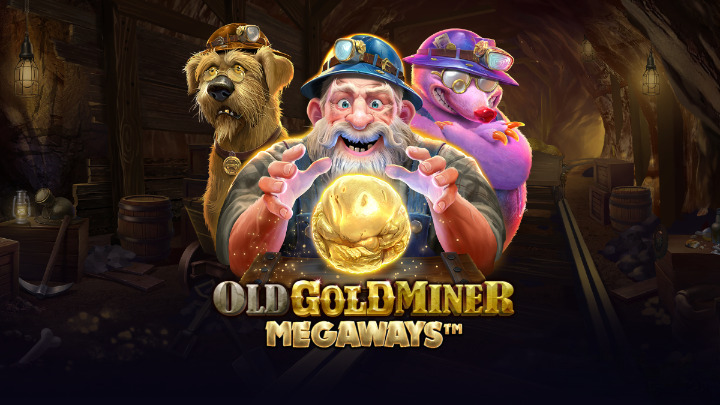 Old Gold Miner Megaways’ use of mole people on the reels is unusual, so I will award Pragmatic Play points for that even though the game isn’t particularly distinctive in most other ways. Otherwise, I believe you will discover it to be a very typical alternative in the vast Megaways category.

There are 6 reels in use here, and if you’re very lucky, there could be 200,704 active ways. The payouts, which can reach 5,000 times the bet, are typical for Pragmatic Play’s Megaways slot machines. They continue to guarantee a long-term RTP of 96.56%. Big features include things like multiplier wilds, tumbling reels, and free spins with significant multipliers.

Old Gold Miner Megaways offers bets starting at just $0.20 and up to $100. It is a typical betting range for many Pragmatic Play slot machines. In this instance, there is also an additional wager that costs 25% more but doubles the likelihood of receiving the bonus spins.

Although 5,000x the bet as the maximum payoff seems respectable, it is not quite large enough for a Megaways slot where extreme volatility is anticipated. The RTP of 96.56% indicates that it is operating satisfactorily as is, but a larger prize might have given players more incentive.

It has a configuration with six reels that can each hold up to seven symbols, plus an additional four symbols on a horizontal reel that corresponds to columns 2 through 5. There are a maximum of 200,704 possible winning combinations. Additionally, there are reels that tumble, which will eject winning symbols and replace them with fresh ones. The tumbles may keep coming as new combinations are produced.

A wild symbol aids you, but because it only appears on the final five reels, it is unable to construct its own combinations. It more than makes up for that drawback by applying 2x multipliers to winnings.

The free spins, which may be activated by landing three or more scatters, will be the primary feature (also pays 100x the stake). A wheel will spin and award you with a starting multiplier and a random amount of free spins. As you play through the free spins, the multiplier is fixed and is used to multiply your winnings.

The slot’s common theme, which was inspired by gold mining, is mining. The slot’s reels now feature a mole man in addition to the old miner (the game’s wild symbol), a dog, a mining cart, a pick axe, and several Royals that are tied down and feature gold nuggets.

Old Gold Miner Megaways doesn’t appear to be a very distinctive offering in this space, but it does have some respectable features, and if the RTP is high enough, I’d still recommend giving it a chance. The slot may be a nice choice overall for a player seeking a retro-style aesthetic and low volatility, but there are many other possibilities of that kind that provide higher RTP percentages.