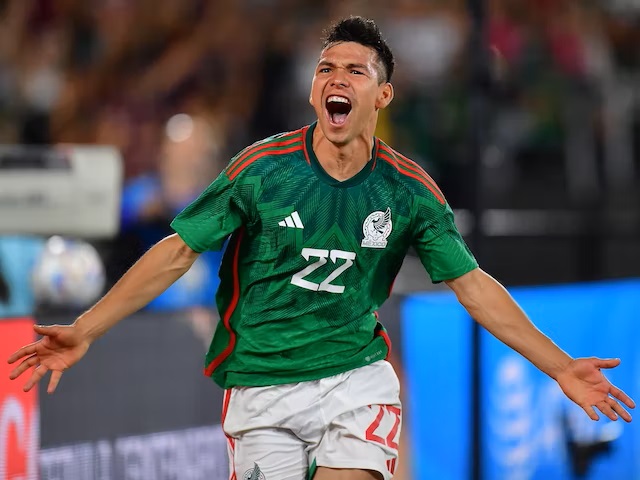 On Wednesday at Estadi Montilivi in Spain, Mexico plays Sweden in their penultimate matchup before the 2022 World Cup.

The last time these teams squared off was at the last World Cup, when the Swedes won 3-0 to surpass El Tri for first place in Group F.

Mexico vs Sweden Tips and Prediction

Mexico is coming off a good performance a week ago, thumping Iraq, their largest victory since blanking Nigeria by the same score in June 2021, as they are ready for an eighth consecutive trip to the finals.

Gerardo Martino seen his squad take advantage of their scoring opportunities in their previous meeting, something they struggled to do throughout the qualification campaign.

They have failed to score in their last three games against the Swedes, making it extremely tough for them to score against Blagult.

The Mexicans ultimately lost that match at the knockout stage, marking their seventh straight setback in the semifinals.

El Tri has 10 clean sheets this season after allowing just one shot on target to their opponents in two of their last three games.

There are many uncertainties around the Mexican midfield after they last Wednesday against a defensive Iraqi team appeared rather fragmented and uninspired.

The Swedes, who held their World Cup fate in their own hands, broke down at the worst possible time, losing their final two UEFA qualifiers in Group B in November, although leading before those losses.

The Georgians, who were seeded 93rd in the world at the time, defeated Sweden 2-0 in their second-to-last qualifying group match, the lowest-ranked team to ever defeat them on the international stage. Sweden never fully recovered from that defeat.

In three of their final four qualifiers, they were held scoreless, including a 2-0 defeat to Poland in the playoff round that put an end to their World Cup aspirations.

Janne Andersson’s team has been on a downhill spiral since missing out on the finals, winning just once in their previous six games and finishing last in Group 4 to be demoted to League B for the upcoming UEFA Nations League competition.

The Swedes have lost while in such situation all season, having given up the first goal in four of their last five games.

Since defeating Mexico at the previous World Cup, they haven’t faced a CONCACAF opponent, and Blagult haven’t lost to the Mexicans since 1994.

The new Swedish generation may lack the star power of players like Zlatan Ibrahimovic or Henrik Larsson, but they make up for it with hard effort and discipline and a strong defensive form.

A week ago, Mexico was considerably more effective in the offensive third, but El Tri was playing an Iraqi team that lacked the same level of defensive organization as the Swedes, and it appears that El Tri is lacking a game-controlling midfield general.

On the other hand, Sweden appears to have lost some confidence since they did not qualify for the World Cup, therefore we do not anticipate them to have many opportunities on Wednesday.