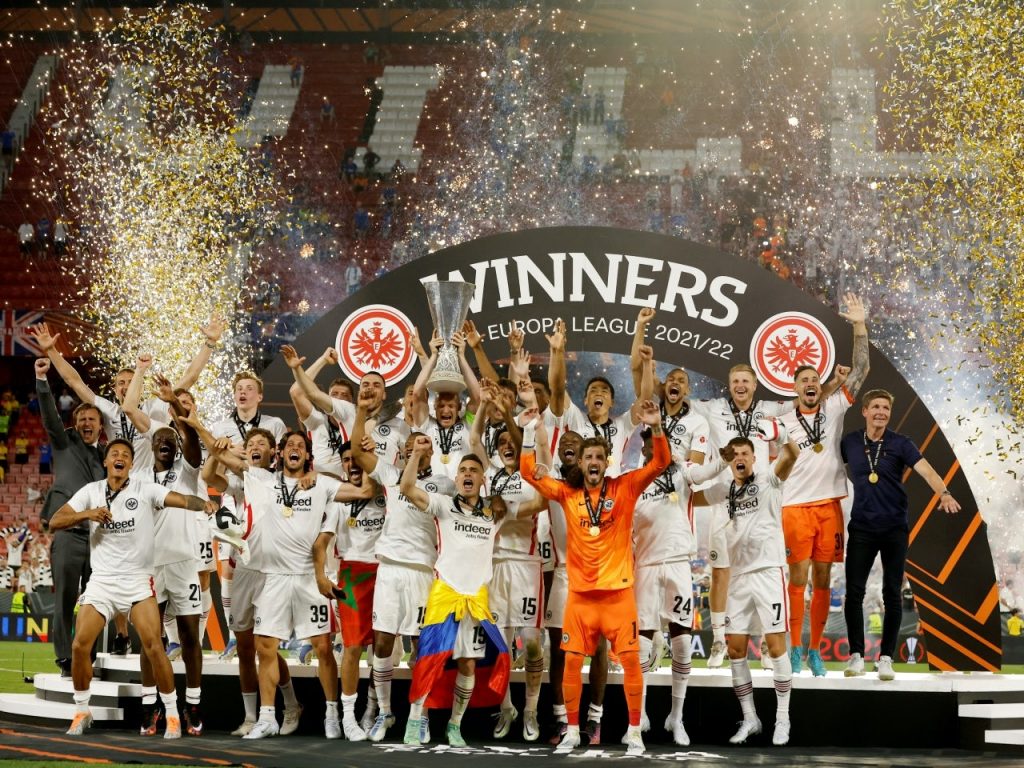 On Monday, Magdeburg will play Eintracht Frankfurt in the DFB-Pokal opening round.

After the hosts were promoted to Germany’s second division and Frankfurt won the Europa League to automatically qualify for the Champions League group stage, both teams are eager to build on good seasons.

Magdeburg has never advanced past the DFB-Pokal quarterfinals despite playing in a 30,000-seat stadium at MDCC-Arena. That accomplishment occurred during the 2000–01 season, when they fell to eventual champions Schalke 04 by a score of 1-0.

Der Club struggled after that and didn’t regain professional status again until 2015, when it was promoted to German football’s third division. Since then, they have vacillated between the 2. Bundesliga and the 3. Liga, with manager Christian Titz guiding his team to promotion last season after they finished the season with 78 points from 36 games.

In their first two games back in the second tier, they had one victory and one loss, which means they should be able to avoid another immediate relegation. However, they will concentrate on pulling off an upset on Monday in front of their fervent home crowd. Frankfurt, who have won the DFB-Pokal five times, most recently in 2018 after convincingly defeating Bayern Munich 3-1 in the championship game, may be excused for believing they have more important things to worry about this season than Germany’s domestic cup.

Oliver Glasner worked his magic once more by taking Die Adler all the way in the Europa League in his first season at the club, following his success in leading Wolfsburg to a fourth-place finish and Champions League qualification in the 2020–21 season.

Rangers fought the German team all the way in the Seville championship game, which they ultimately won on penalties after a 1-1 draw. After reaching the 1960 European Cup final, the triumph gave Frankfurt its first European honor in 32 years and guaranteed them a seat at Europe’s top table for the second time ever.

An undefeated preseason suggests that Glasner’s team is still confident going into the new season. The trip to Magdeburg on Monday will be an interesting test before the 2022–23 Bundesliga season opener on Friday night against league champions Bayern.

On Monday, we anticipate an exciting cup match at the MDCC-Arena.

In comparison to Frankfurt, whose season begins here, Madgeburg should benefit from having played two competitive games. If Frankfurt can weather the early storm from the hosts, though, they should have too much talent.