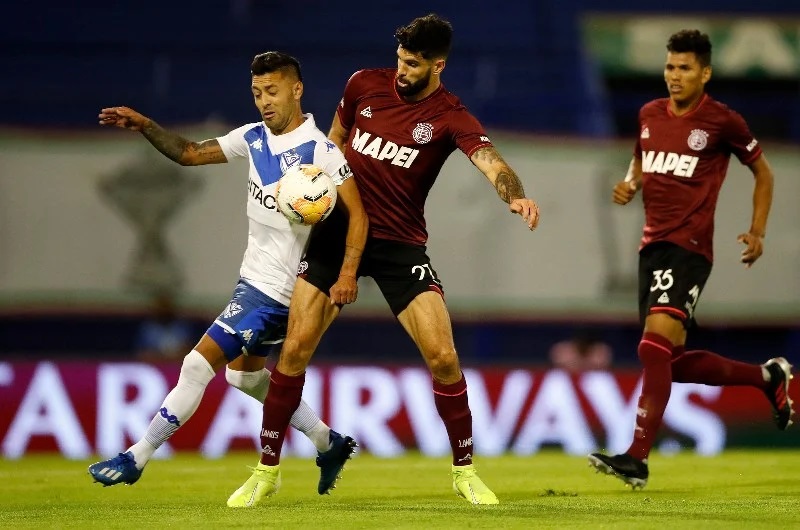 Lanus welcomes Velez Sarsfield to the Lanus City Stadium on Wednesday for round nine of the Argentine Primera Division in an effort to end their seven-game losing streak.

The team led by Alexander Medina enters the contest winless in all four of their league road games, and they’ll be eager to snap this skid.

The defensive weaknesses of Lanus were once again on display as they failed to hold onto their advantage before losing to Godoy Cruz 2-1 on Sunday at the Estadio Feliciano Gambarte.

Salomon Rodriguez and Martin Ojeda scored to offset Jose Sand’s fifth-minute lone goal and give the hosts all three points despite the Granate controlling the game for the majority of the time and having over 60% of the ball possession.

Rodolfo Diego Flores’ team had already suffered a  loss to the Tomba on July 13 during their Copa Argentina round of 32.

Since a triumph over Colon at home on June 19, Lanus has now gone seven games without a win in all competitions, gaining only one draw and suffering six losses. Jorge Almiron’s team are now last but one in the Primera Division standings with five points from their first eight games, tied on points with Talleres in 26th place and one above last-place Aldosivi.

Only Aldosivi has allowed more goals conceded in the league than Lanus thus far, which has contributed significantly to Lanus’ dismal start to the season.

The last time the two teams met, Velez Sarsfield could only manage a draw with River Plate at the Estadio Jose Amalfitani, demonstrating their inability to find their footing. Los Millonarios took the lead in the first half thanks to goals from Lucas Beltran and Nicolas de la Cruz.

Since their triumph over River Plate in the first leg of their Copa Libertadores last-16 match, Velez Sarsfield has lost twice and drawn twice in their last four games across all competitions.

El Fortin has only managed one league victory so far this season. They have drawn three games and lost four, earning them six points and placing them in 25th place overall in the standings. However, Velez Sarsfield will be placing their hopes on themselves to turn things around on Wednesday when they take on a team that has lost each of their past three matches across all competitions, scoring just three goals while giving up 10.

Having struggled to get going in the new season, Lanus and Velez will both enter Wednesday looking for a victory that will lift their spirits. We believe the visitors can add to Lanus’ agony by winning, albeit by a slim margin, despite the fact that they have lost six of their past seven games overall.