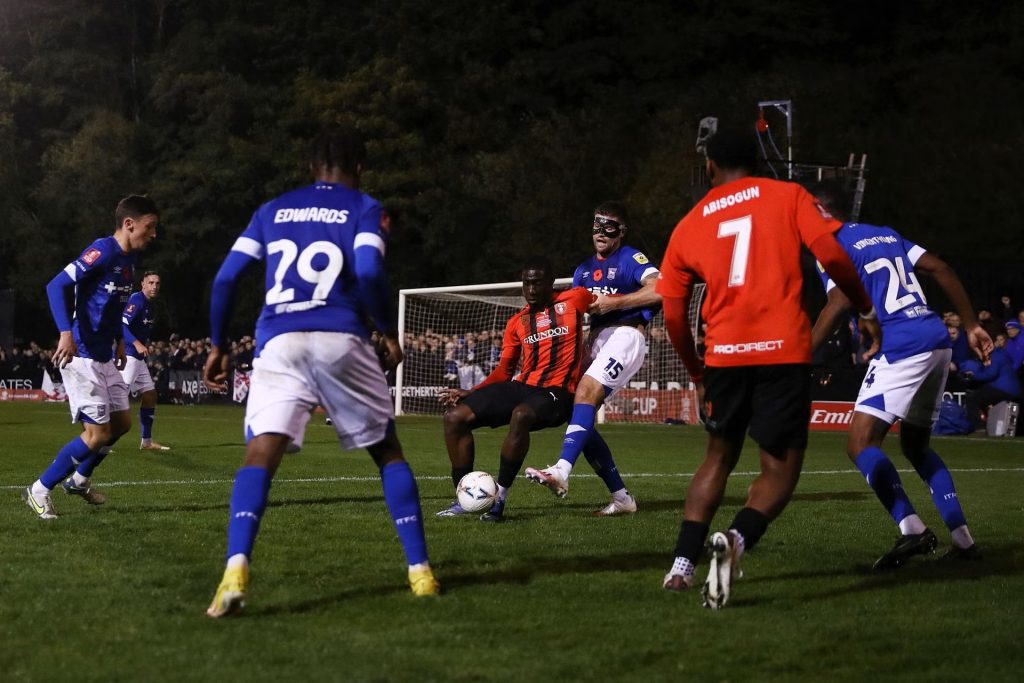 Ipswich Town will be playing host to Buxton on Sunday, Until Premier League and Championship opposition enters the game in the third round, the hosts, who are currently rated second in League One, are the highest-ranked team left in the competition, while the visitors compete in England’s sixth-tier league.

Ipswich Town’s FA Cup campaign kicked off with a trip to Bracknell Town, and despite a strong start to the League One season in which they established themselves in the front of the pack in the battle for automatic promotion, they were unable to break through their seventh-tier opponents until the hour mark.

After David Bayliss’ own goal gave the Tractor Boys the lead, Freddie Ladapo and Panutche Camara scored in the final 20 minutes to secure a victory and guarantee their place in the second round.

After that victory, Kieran McKenna’s team was forced to settle for a discouraging 1–1 draw against Cheltenham Town at home in League One, Eagles soon got back on the winning track in their battle for promotion last Saturday, defeating Exeter City 2-0 away from home with to goals from Marcus Harness and Ladapo.

The Suffolk team enters the game on Sunday having lost in their previous cup competition, the EFL Trophy, after falling to Portsmouth 2-0 at home. They now have their sights set more on getting back into the Championship and putting together an FA Cup run.

McKenna’s team will try to defeat their opponents from the sixth division on home soil and proceed at the weekend after exiting the competition in the second round the previous year.

In contrast, Buxton will go to Portman Road in an effort to pull off a historic upset and secure a spot in the third round for the first time ever.

The Bucks advanced past York City to the first round of the previous season before being eliminated by Morecambe. During that same year, they also won their seventh-tier league and received promotion to the National League North.

Although they have dropped to 18th place in the league after losing their last two games, Jamie Vermiglio’s team has held their own since moving up to step two of the non-league pyramid. They also advanced into the FA Cup’s first round once more with victories over Bamber Bridge and Hyde United in the FA Cup’s qualifying stages.

Ipswich Town’s lineup for the match on Sunday will probably change, but they should still have more than enough to easily defeat their opponents and move on to the third round.

Buxton will show up hoping to pull off an unexpected victory, but McKenna’s team will probably control the National League North team and create lots of opportunities.