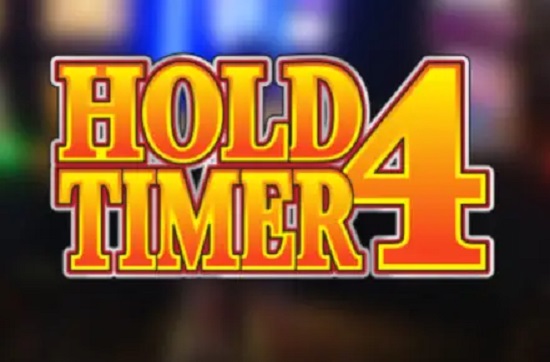 Hold4Timer is a Stakelogic slot machine that was created for a specific type of player who still appreciates a classic appearance, as dated as it may appear these days. The usage of a varying number of reels, as well as the other characteristics included, assist to set it apart from any other classic you’ve seen thus far.

You can choose between 3 and 6 reels, with 5 to 20 active lines. When using its standard combinations, Hold4Timer pays up to 200x the stake. The Super Stake, Hold option, Wilds, and Double Symbols are all features worth mentioning.

You can adjust your wager by selecting one to four sets of three reels to play on. To engage a single set of three reels, you’ll need $0.20 to $10, while to activate all four, you’ll need $0.80 to $40. When you use the Super Stake option, your stake is doubled, up to a maximum of $80 every spin.

On each line, players can win up to 200 coins, therefore the maximum payout for a single spin is 200x the bet. The RTP isn’t particularly high, at 95.01 percent, but it’s still a fun slot to play if you like everything else about it.

Features of the Hold4Timer Slot

You have a total of 6 reels to play with, but you can’t make any combinations with more than three symbols. As a result, they use it as the foundation for four sets of reels, each with five lines. The first three reels make up the first set, while reels 2-4, 3-5, and 4-6 make up the second, third, and fourth sets, respectively. As you can see, some of the symbols on the reels are shared between the two sets. However, you must select whether or not to activate the other sets, as this incurs additional charges.

Super Stake is a unique side bet that doubles the amount you wager in that round. It’s only available on spins with all four sets of reels spinning.

It will be used to add wild symbols to the game area as well as enable the Auto Hold feature. If you land a stacked wild on one of the reels, it will remain sticky for the next round.

Expect a regular substitution in the Wild, which will come in handy when making combinations with other sorts. Only wilds can be used to make combinations, with a payout of 200 coins for a covered line.

You’ll also come across Double Symbols, which feature a Moneybag and fruit. When three of these Double Symbols appear on the same line and make a combo, you can win an unique prize. They can be combined with conventional fruit symbols of the same type, but the unique prize is not awarded.

The iconic fruit theme is featured in Hold4Timer. The design is busier than in many other classic games, but it still manages to provide something unique. Some players will love the game’s retro visual style, but it is not for everyone.

For its symbols, there is the Money Bag with the Stakelogic logo on it, along with the Crown, Watermelon, Seven, Raspberry, Lemon, Pear, Plum, and the Orange.

If you’re OK with a dated design and classic theme, and a below-average RTP doesn’t scare you, then Hold4Timer could be an interesting new slot game to check out. Don’t expect anything groundbreaking though.