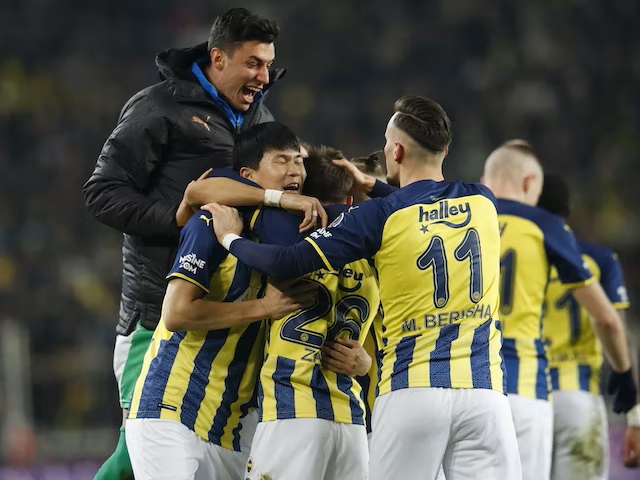 When Fenerbahce visits Mestsky fotbalovy stadion Miroslava Valenty for a matchup with FC Slovacko in the second leg of the third qualifying stage, they can go one step closer to the Europa League group stage.

The Turks won the first game 3-0 last week after losing to Dynamo Kiev 2-1 in extra time late last month to end their chances of qualifying for the Champions League.

Slovacko will have a tough time making it into the playoff round of this competition after falling behind the more seasoned Fener in the first leg and unable to generate any offense the entire game.

Their amazing 16-match winning streak in all competitions came to an end with the loss, during which they defeated Sparta Prague to win the Czech Cup.

It will be difficult for them to score three goals, but they have performed well at home, winning seven straight matches in all competitions and keeping a clean sheet in five of their previous six games.

While the majority of their opponents this season have been Czech teams, Martin Svedik and his team managed to draw with the defending Turkish champions Trabzonspor last month in a friendly played in Slovenia. They have won the other three games by a collective score of 9-0, and they have only lost one of their previous four home European qualifying matches.

During the regular season of the Czech League season, Slovacko was among the best defenses, allowing the third-fewest goals .

Since participating in their first European qualification event, the Intertoto Cup, in 2002, the Czech Republic has gone five of nine qualifying games without allowing a goal.

Fenerbahce has been in excellent form since the beginning of March, losing only one of their previous 17 games and going 90 minutes without suffering a loss. Despite the fact that they haven’t won a trophy since 2014, Efsane has routinely been in the top three of the Turkish Super Lig standings over the course of their last two domestic campaigns.

Jorge Jesus, the new manager, has a proven track record of success in both domestic and significant European competitions. Under his guidance, Benfica won three Primera titles and twice reached the Europa League final.

The Portuguese manager prefers a rapid, attack-minded style of play, and this team has the talent and skill to succeed in that kind of system.

With 73 goals scored in the previous season, Fener was the highest-scoring team in Turkey. They were also among the most dangerous in transition, opening up numerous opportunities for the counterattack.

In their last seven games in which they scored the first goal, Fenerbahce is unbeaten and has recorded five clean sheets.

The Turkish team appears to have far more talent and experience than their Czech counterparts, who play well at home but haven’t faced many opponents of the caliber and potency of Fenerbahce in a significant match.