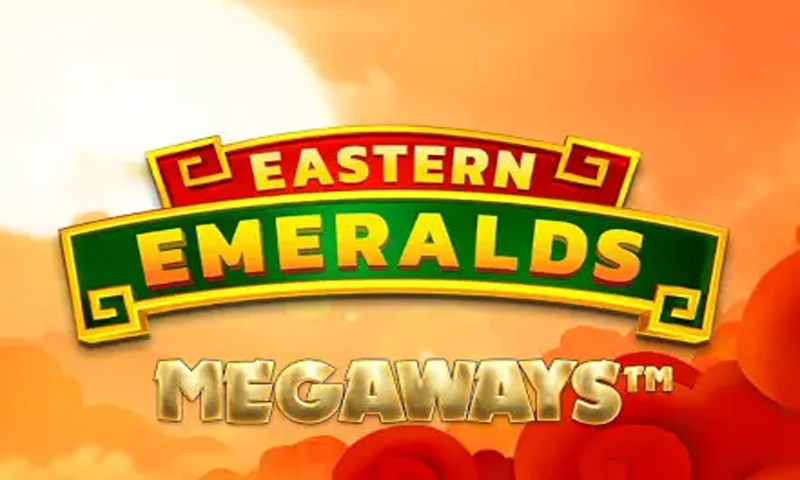 Eastern Emeralds Megaways, a new slot machine from Quickspin, will be the sequel to the original, which debuted four years ago. The Megaways engine is used in this one, as you can probably guess, but there are also a few strong elements added to help make it even more entertaining.

There are up to 16,807 ways to win on the 5 reels of the Eastern Emeralds Megaways slot machine. Next, I would like to highlight some of its standout elements, such the free spins or the Multiplier Wilds. Payouts are above average and can reach 17,421 times the stake, with a maximum RTP of 96.04%.

Testing has indicated that Eastern Emeralds Megaways can pay up to 17,421x the bet, albeit it would not happen frequently. It is approximately what you would anticipate from a Megaways slot machine.

The drawback of all these slots is their extreme volatility, which makes them dangerous. However, at the greatest level of 96%, the RTP can be favorable.

5 reels, with up to 7 symbols per reel, make up the setup. The amount of symbols on each reel is determined at random, so there might be anything from a few to 16,807 active ways to win.

Another significant component of it is represented by the Emerald Wild Multipliers, which are substitutes that are only available on the middle four reels (2-5). From there, these symbols will attempt to assist you by standing in for a variety of other symbols. For scatters, it does nothing of the like. The awards are increased when they are present since they apply multipliers. With 2+ wilds, the multiplier values are multiplied by each other.

The second reel gets 2x multiplier wilds, the third one gets 3x, the fourth one gets 4x, and the fifth one gets 5x.

Free spins are a major feature as well. There are four options available here, but in order to select one, the feature must first be activated by 3+ scatters.

Oriental Emeralds Megaways is a concept that is popular now and features artwork with an Asian influence. In the distance, one can see the untamed Chinese mountains and local temples. When we look at the symbols on the reels, we see fish, gold nuggets, turtles, lions, and royals.

With its substantial features that complement the Megaways engine’s high volatility, the Eastern Emeralds Megaways sample game gives the impression that it was designed with an Asian audience in mind. Eastern Emerald Megaways is an excellent slot for low stake gamers.