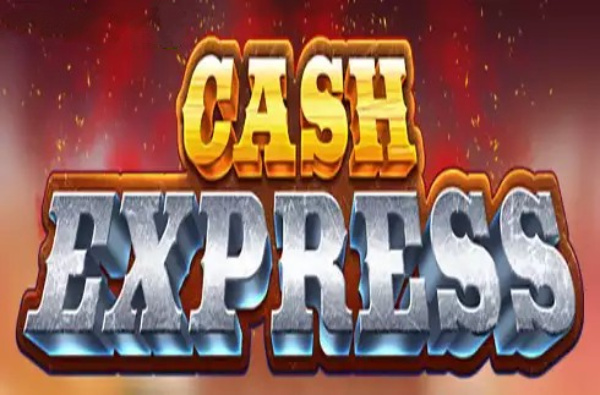 Cash Express, a new online slot with a Wild West theme and a modern design, appears to be a cooperation between Stakelogic and Hurricane Games. There’s more to this game than stunning graphics and gunslingers, as you’ll discover when you read through our review.

Cash Express will be played on five reels with a total of 25 paylines. During its paid spins, players can win up to 500x their stake, but there appears to be the opportunity for considerably more during special features. With a 95.70 percent RTP and medium to high volatility, it’s a slot machine that could appeal to experienced gamers, but there are others that provide greater chances. The collection of wilds, money symbols (Trains), respins, and a number of enhancers are among the game’s main characteristics.

It’s not immediately clear how much Cash Express is willing to pay at the end of its finest rounds. When we look at ordinary spins, we can see that they can pay up to 500 times the bet (20x for each top paying combination). The key feature, on the other hand, is that the usual rewards won there will be multiplied by up to 100 times.

This spot isn’t likely to be the most volatile, but it’s also not going to be the most accessible. Its gameplay is described as having a medium to high level of volatility.

Finally, the RTP (return on investment) is set at 95.70 percent. At that level, it’s not a deal-breaker, but it’s lower than I’d prefer.

Cash Express has a few unique features, but there are also a few that are considered conventional. A nice example of this is the Sheriff’s Badge, which is utilized as a wild symbol. It can either form combos with other wilds, paying up to 20 times the stake, or it can be used to replace any other regular symbol if the scenario allows it.

The game includes a respin option that works similarly to the Hold & Win bonus. It is triggered by 6+ Train symbols landing at the same moment, and it awards 3 respins. You strive to land more Train symbols, and each one can award a prize that acts as a multiplier for your total stake. Respins can be reset to 3 by landing fresh symbols.

If you can get Trains in all of the bottom row slots, they will be withdrawn from the game area and you will receive the prizes listed on them. The respins will be reset to three, and the top-level Trains will slide down.

Even if you don’t obtain the 6+ needed for the respins, getting Trains to appear during ordinary spins can help. In any case, they are collected and stronger multipliers for the respins are unlocked. The best of the four enhancers can provide multipliers of up to 100x while also collecting all other visible multipliers.

Half of it will be a Wild West slot machine, and the other half will be a train-themed slot machine. The five reels will be mounted on the side of a train wagon that is parked in a train station. This slot machine’s trendy aesthetics are a great benefit, especially when it comes to the top symbols.

Though the first few symbols are those depicting four Royals, from Jack to Ace, we also get four primary characters. They appear to be armed men who don’t appear to be friendly. The disperse and wild roles will be played by Train and a Badge, respectively.

Overall, Cash Express appears to be a decent slot machine, but we’ve seen more creative mechanisms before. The Hold & Win style mechanics have been tweaked, which may pique the interest of gamers that appreciate this type of feature.