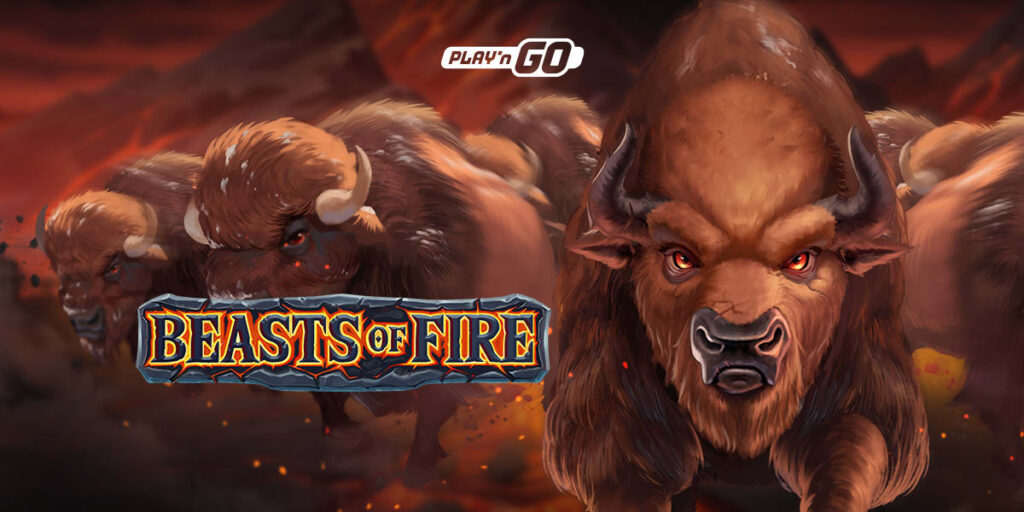 Despite its name, Beasts of Fire is a wildlife-themed slot machine situated in a winter setting. The developer behind this release is Play n GO, and it has their typical beautiful graphics as well as a unique combination of extra features.

Beasts of Fire is a 5-reel, 4-reel, (could expand to 12,348 at times). Stacked symbols, scatters, and wilds, as well as Burnin Power Free Spins, Meteor Respins, and a Buffalo Stampede, are all major elements in this game. A 25,000x jackpot from a game with a 96.24 percent RTP is what you’re after.

Despite the fact that you can spend up to $100 on a single spin, there are bet values for everyone, including $0.10.

Beasts of Fire is a true high-volatility game that can pay out a lot of money, as the 25,000x stake jackpot will demonstrate. Its gameplay is characterized by medium-high volatility (7/10 rating), thus it’s not even that horrible of a game to play, at least when compared to other slots with similar top rewards.

When it comes to RTP, Play n GO offers a variety of options, and the operator chooses which one they want to use. The 96.24 percent is the one I would recommend.

The wild symbol will provide some assistance as you play this game. This symbol can only appear on three reels (2-4), however it can be utilized as a replacement symbol and lead to the formation of further combos.

The Buffalo Stampede is a random feature that you may encounter when playing Beasts of Fire. It increases your chances of acquiring Buffalo symbols to build winning combinations by simply adding more of them.

When special Meteor symbols appear only once on the third reel, a respin feature is triggered. The gaming area is first expanded by one row, and then the respins begin. If another Meteor appears, you can get extra respins, which expands the game area and gives you more chances to win. Three additional rows are the most that can be added. The feature’s main benefit is the wider gaming area and the possibility of forming more winning combos.

The free spins will be the most exciting feature of Beasts of Fire. It’s the Burnin Power bonus, which requires three scatters to activate and awards you 10 free spins if all of the prerequisites are satisfied. This functionality can be reactivated at any time.

There are a few benefits to this mode, such as the fact that extended reels do not reset after respins and the inclusion of a higher-paying top symbol, the Fire Beast.

The graphics are above average for the industry, as they are with most of Play n GO’s previous slots. Despite the name, it’s entirely set in a winter setting, and there’s little actual fire in the design. In the background, you can see a port in the middle of winter, with mountains further away and a snow blizzard nearby.

On the reels, you’ll see a variety of Royals at first, but the buffalo, eagle, raccoon, and mountain lion are the premium symbols. There is also a Wild symbol.

Beasts of Fire can pay off handsomely, isn’t as hazardous as you might think, and looks fantastic. There are a slew of reasons to check it out, but that’s to be expected from a Play n Go release.