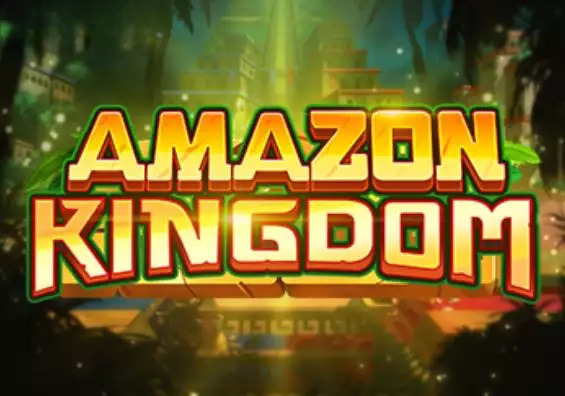 One of the first images that came to mind when I heard the words Amazon Kingdom was of Jeff Bezos sitting in a castle, delivering consumer products around the planet – and beyond, as Blue Origin carried the joys of online shopping to the stars. Just For The Win, the developer, had different ideas. Amazon Kingdom is the sequel to Scarab Kingdom, and it takes players to South America to test their luck with a variety of new and old features.

The action in Amazon Kingdom takes place on a 5-reel, 4-row game grid with 30 fixed paylines, making it a highly risky game. When at least two of the character symbols from the left-hand side land in adjacent reels from the left-hand side, or three of anything else, a win is triggered. There are three RTP options available for the game, with 96.21 percent being the maximum potential return value. Amazon Kingdom is a mobile game that accepts stakes as low as 20 pence per spin and as high as £/€50 per spin.

When it comes to the paytable, the most interesting symbols are the male and female characters, which can appear in sizes ranging from 11 to 14. They are the most valued, with five of a kind paying 10 times the stake. From there, three animalistic icons pay 2-4x the stake for five of a kind until reaching the J-A card ranks, where a five-card line pays 1-1.5 times the stake. Furthermore, wilds can come on the grid in a variety of ways, one of which is when they land naturally.

In the base game, Bonus symbols appear, and each reel has a Bonus Holder above it. When a bonus symbol lands, it is added to the Bonus Holder for that symbol. The Wild Scroll feature is activated when three Bonus Symbols appear on a single reel. There’s also a chance the Queen’s Bonus feature will be triggered if you gather at least one Bonus Symbol.

Wild Scrolls can be found in both the regular game and the bonus rounds. When the Wild Scroll symbol is activated in the base game, it appears on the top row of the reels. The Wild Scroll increases one spot on the reel with each subsequent spin.On the next spin, the Wild Scroll is eliminated after it reaches the bottom row after covering all positions on its reel.

When the button is pressed, 12 gold coins appear on the screen. Players pick coins one by one until they discover three similar cash reward icons. These symbols indicate four prizes worth 15 times, 40 times, 200 times, and 5,000 times the stake, respectively.

The characteristics of Amazon Kingdom are similar to those of Scarab Kingdom, and many of the extras are the same. Although there have been a few changes to one or two of the specifics, if you’ve played the earlier Egyptian-themed game, you’ll have a fair sense of what’s going to happen here.

The monarchy in this game is most likely related to the Incas, whose empire clung to Peru’s and Chile’s west coasts while bordering the Amazon Rainforest. We did, however, come across an article in Nature magazine about a vast pre-Columbian settlement discovered lately in southern Amazonia. Is it possible that Amazon Kingdom is rejoicing over this discovery? In either case, players are transported to a tropical paradise with lush green vegetation and grandiose construction projects in the background. The panpipe, rhythmical drumming-based soundtrack, as well as the design, follow a classic Aztec/Inca style prevalent in online slots, producing a homely vibe if this is your scene.

Since Amazon Kingdom is a sequel, it lacks some of the freshness that Scarab Kingdom had. Choosing one game over the other boils down to how you’d like to hypothetically earn rewards during free spins, as each game offers somewhat different methods of landing in the same location. Overall, Amazon Kingdome is an excellent slot with a good RTP.